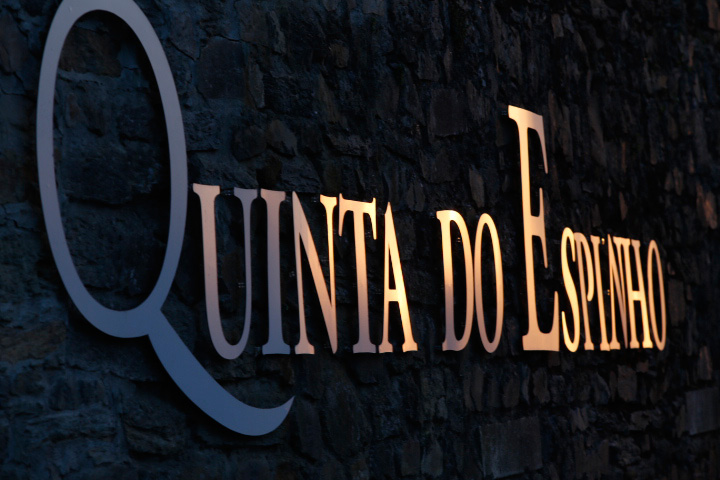 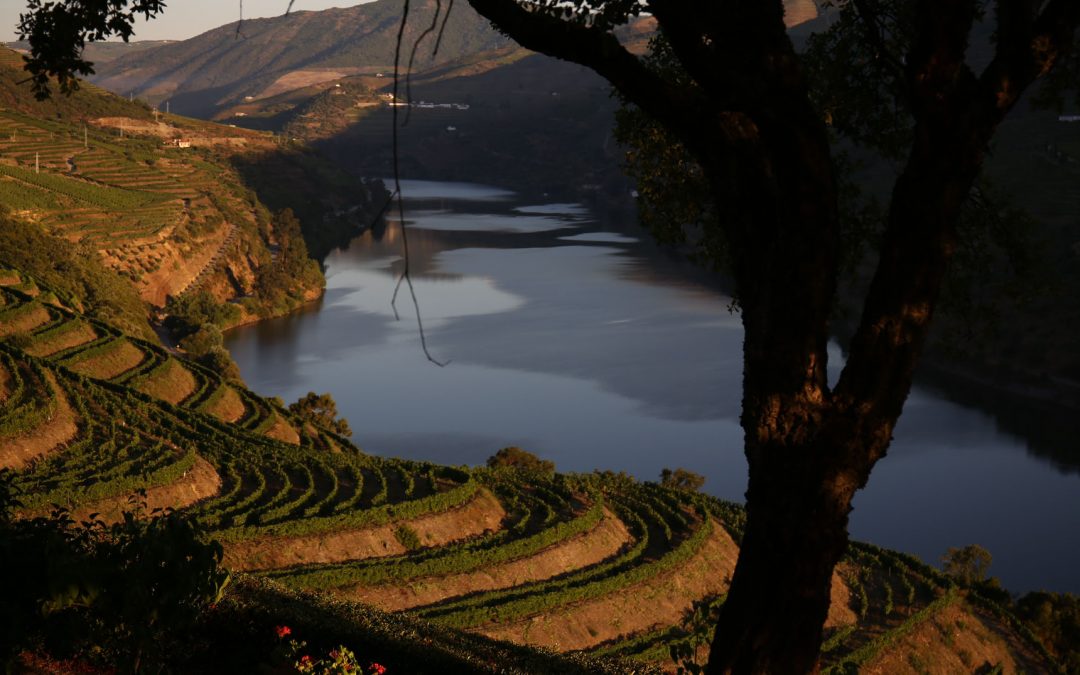 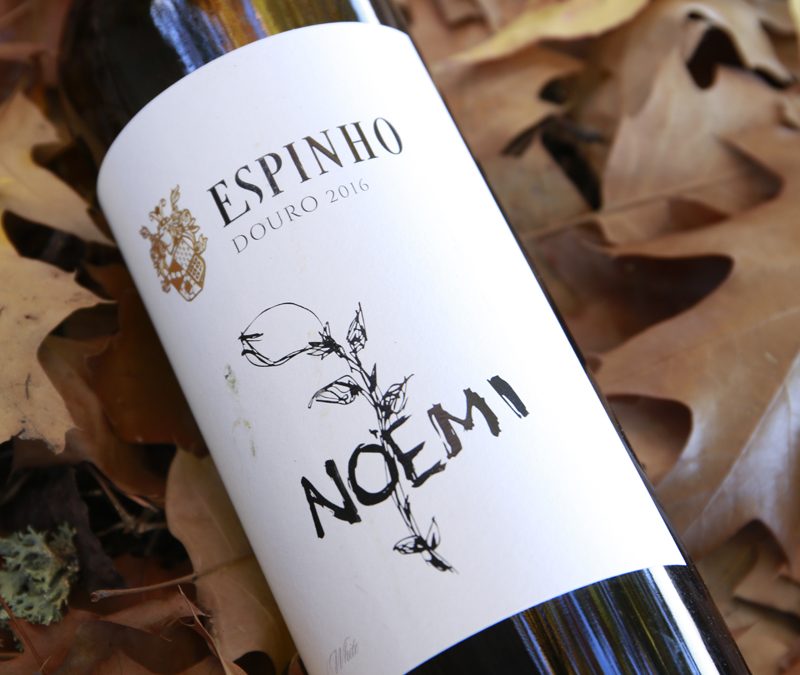 It was a tribute, a nice memory.  And further, a light for the future.

Of course it had to be very special, genuine, first quality, very tasty.

The solution: like a woman in a man’s world, it had to be a white wine in the world of red ones.

Here is a summary of Noemi’s  lifestory:

That piece of advice came from a native from Douro, who was close to the family.

The wine maker- is now a successful executive-woman in the USA.

After this introduction, two generations before, NOEMI was born in Lisbon.

She was the grandaunt of the enologist-to be “dreamer”.

For political republican reasons, the family had moved to Lisbon, because Noemi’ s father, Victor Macedo Pinto, was the President of the Parliament during the 1st Republic.

Noemi was the fifth child in a six children family, a family where beauty prevailed.

When Noemi was a child she lived in Porto (Foz), also in Tabuaço.

Some generations ago, The Macedo Pinto family, for 250 years, had been planting vineyards along Távora valley and part of Douro valley. The: Quinta do Hospital, Monte Redondo, Rio Bom, Fornelo, Carvalhas, Espinho, Fontão and Filoco, all belonged to Macedo Pinto family. From all those “quintas”, there came the financial resources to build the “Agriculture school, the Botanic garden and many other projects. 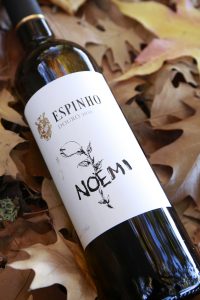 The family lived in a beautiful Manor House in Tabuaço.

It was a republican cultivated family with intellectual motivations.

All the sons had gone to College and the daughters had attended good schools or had had foreign private teachers.

It was a sensible and responsible way to fight isolation, when one had to take one day journey from Porto to Tabuaço, beginning by train and ending by horse.

In that Man’s world, Noemi soon realized the difference between land appeal and the magic of the city.

She was beautiful and intelligent, cultivated and sensitive, ironic and unpredictable, always a surprise. She was generous and charming.

She lived the passionate 20th century events very intensely, namely: The advent of the 1st Republic, the soviet revolution, Fátima miracle, the immobility of the “Estado Novo”, the genocide of the Spanish civil war, the hecatomb of World War II, the tragic colonial war, he 25th April revolution and the hope for a better change .

And also the fascinating post-war renewal, freedom, democracy, Women’s Lib, all the changes in the 50s, 60s, 70s…

From her marriage with an aristrocrat of Marco de Canaveses she had two sons.

She could then realize what feudalism was and very closely experienced how the discrete charm of aristocratic, conservative society functioned.

What could a young widow with two little children do?

She made up her mind: she left the children with their grandparents , moved to Lisbon and tried to get a job there.

“Going to Lisbon?!…  on her own…? I am leaving the children with the grandparents…?!” (many comments…) .

She left her house in Nevogilde, to where she had moved little time before becoming a widow and moved to Lisbon, where she got a job. She then visited her children regularly.

Six years later she married the doctor who had been operating one of her sons. From this second marriage she got a son and a daughter.

She then settles in Lisbon with her four children. It was a new family, a new life.

Having married a famous surgeon, a humanist, also an aristocrat, but a progressist related to the finest intellectual society, Noemi had the chance to enrich her intellectual background making acquaintance with interesting and famous artists, namely musicians, painters, sculptors, writers… and became convivial among them, often entertaining and having them as guests.

“We went to concerts together, we used to write letters to each other, we were close friends, deep feelings of affection with little words spoken….

It was through Noemi that I learned about Vieira da Silva’s paintings, that I heard about Nietzsche, that I began to enjoy a symphony by Beethoven, a Lied by Schubert and to feel the emotion of Pessoa’s poems… ”

Noemi was always very worried about and attentive to social problems, injustice.

Unfortunately she suffered from a terrible neurologic pathology. She adored her granddaughter.

It was her granddaughter Patricia the last person to whom she spoke when she “left” in that fatidic night of 24th December 1989.

“Some of these episodes were experienced by myself and shared. Others, were learnt and were very pedagogical. I keep them all, as a mental capital of ethics, values and principles I have tried to respect, follow and pass on”.

I am Joaquim, Noemi’s eldest son. 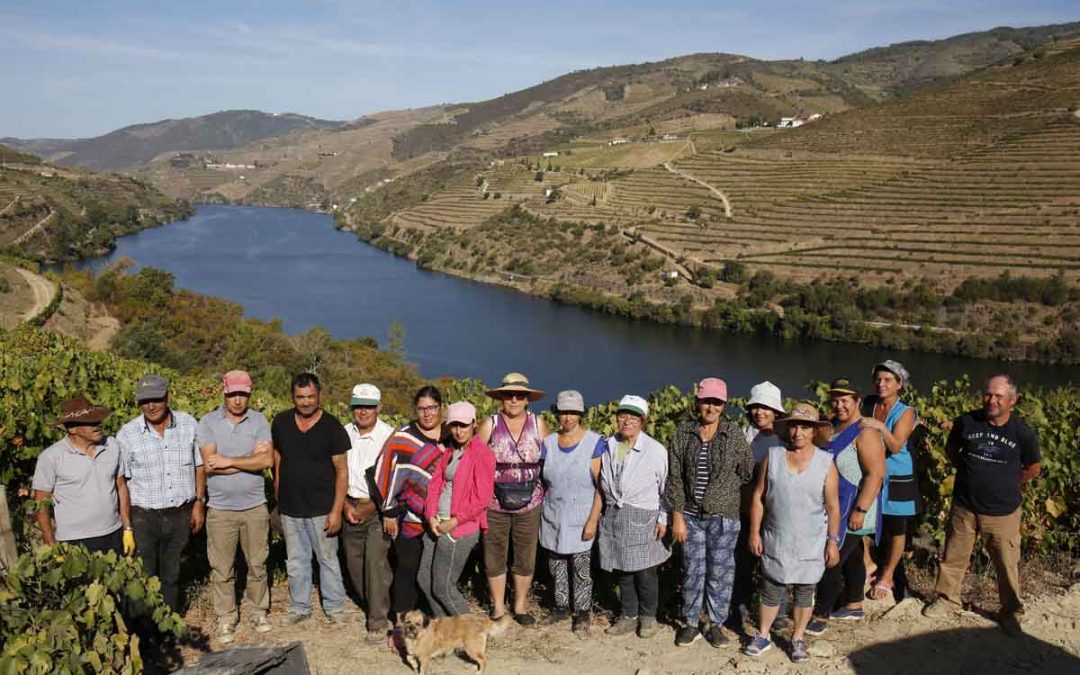 Grape harvest at Quinta do Espinho

This year’s drought that affected Douro made us anticipate the grape harvest by two weeks, there is no memory of such anticipation.

Although the early start of the grape harvest, this decision, like in former years, was made just a few days before its beginning, because grape maturation is determined by grape caste, local and exposition.

Once, this manual and human character of the grape harvest, always present in the Douro terrace landscape, was made by men who carried 70 kilos wicker baskets full of grapes, tier by tier.

Today, this transport is made by machines and the grapes are taken by Agostinho and his tractor, inside plastic boxes with a capacity of 25 kilos. These boxes assure the integrity of the grape, preventing them from being squashed by their own weight. If that happens, natural fermentation process starts.

After transport, begins the grape selection, foot threading or crushing in the lagar or in stainless steel wine vats. Then, fermentation occurs for 7 days, followed by pressing, encuba and wine ageing.

At the end of the day, we are ready for the foot threading. It is a joy to step into the lagar with the children and friends that stay for dinner

Every year someone takes a dive, this year, was Zé Pedro’s turn!

We believe that 2017 will be a year of exceptional Harvest!